5 Ways ESTAC Troyes Leveled up their Fan Engagement This Season 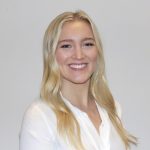 As the French national team just competed in their second World Cup Championship in a row, there is no doubt France is one of the best football countries. The deep-rooted history and ongoing success of the French national team have driven the popularity of football in France to new heights, making the sport an integral part of French culture. With large fan bases at clubs all around the country, creating a strategy to engage and maintain these fans is essential to scoring goals on and off the pitch.

In the 2021-2022 season, ESTAC Troyes began their partnership with collectID to embed encrypted NFC technology into 15 game-worn jerseys from their match against Paris Saint-Germain in May of 2022. The jerseys were auctioned off online to raise money for UNICEF in support of child victims of the war in Ukraine. ESTAC raised over 32,000 euros, 27,490 of which came from the jerseys.

Users who tapped their jersey with a smartphone unlocked a digital twin to their jersey, receiving a unique NFT and exclusive experience. The digital ID ensured proof of authenticity of the match-worn jersey and also unlocked an exclusive video message from the player that wore the jersey.

The success of the auction and the addition of a new communication channel for Troyes football ensured a promising partnership with us moving forward.

By observing the endless ways to interact with and add value to their jerseys from their previous season, ESTAC Troyes decided to continue to offer phygital merchandise in the 2022-2023 season. Rather than an exclusive collection of game-worn jerseys, the football club equipped all their 22-23 season jerseys with collectID technology. In addition to the home, away, and goalkeeper jerseys, ESTAC launched a third jersey in honor of the home city of Troyes.

Similar to the game-worn jerseys from the previous season, owners unlock a unique digital ID to their season jersey by tapping it with a smartphone. Meanwhile, ESTAC Troyes receives detailed data and insights into their fanbase.

When fans register their jersey, they gain access to the following bonus features:

These features only scratch the surface of the various ways ESTAC Troyes is now able to communicate with their fans through the jersey. Fans can also receive access to special promotions, video highlights from the team’s last match, and other exclusive content. As the club, ESTAC Troyes benefits as well.

With the addition of collectID technology, ESTAC’s jerseys become more than just a physical item. They also serve as a powerful tool for the club to communicate and cater to their most dedicated fans, and for fans to receive exclusive benefits and information that only their jersey can offer.

In the sports industry, clubs and teams need to find innovative ways to build fan loyalty and involvement, even when their team isn’t playing. While nearly every team today has an Instagram page and other social channels to engage fans, technology like ours can put your club in a league of its own – achieving marketing and sales goals and driving business results.

At collectID, we help brands and organizations add value to their products and effectively market to their customers and fans in new and engaging ways. If you are curious about how collectID technology works or are ready to take your fan engagement to the next level, contact us to take your next steps.

Do you want to engage and protect your customers?

If you want to know more, and see how collectID can help your company, contact us today

← What is the Best Anti-Counterfeit Technology in 2023?

Can you Sell AI-Generated Images? Probably not →