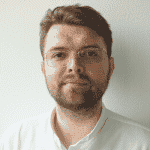 The new jersey will be the second-largest release of football jerseys in the world.

collectID is pleased to announce the partnership with Clube Atlético Mineiro, one of Brazil’s oldest and best-supported football clubs.

The new jersey is the winner of Atlético Mineiro’s “Manto Da Massa 113” design contest to celebrate the club’s 113th anniversary. A large map of Minas Gerais, the home state of Atlético Mineiro, is printed on the shirt together with the rooster, a symbol from which the club gets its nickname “Galo”. Multi-awarded, the new jersey is internationally recognized as the most significant release of 2021 in Latin America.

The winning jersey arrives with unique technology, making it the first-ever smart jersey sold in Brazil. With collectID technology, every jersey becomes truly unique and is safe against any form of counterfeiting. Fans receive not only a physical product but also a digital version directly onto their smartphone.

In addition, Atlético Mineiro will communicate directly with fans via the jerseys and provide them with additional content, such as match highlights or visuals. For the purchaser of the jersey, the collectID technology means that the jersey becomes even more valuable, as its uniqueness and authenticity are guaranteed.

Performance Marketing Manager, Oleksandr has been working on the web since he was 12 years old and has been involved in marketing and web marketing since the age of 18. He has worked for both small start-ups and large retail companies. He specializes in data-driven marketing and achieving positive ROI goals
Filed under  Uncategorized